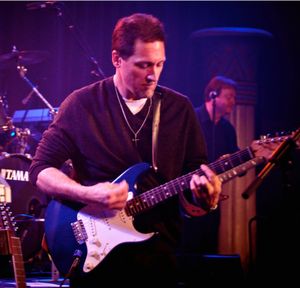 
Having been brought up in a strong Catholic family, John learned early on the importance of his faith and walk with God.

Over time he continued to go to church, but his priorities became distorted with the pressures of life. Work was his first priority - with family second, entertaining third and lastly God on Sunday morning.

This all changed when he lost his 9 year old son Kevin in a car accident in November 1989.  His world was shattered in ways that go beyond description.

However, one thing became crystal clear  -  he wanted to see his son again.  That meant reprioritizing and putting God first and foremost in his life.

Even though his walk is not, nor ever will be perfect, John has put his faith in the Lord above all else as Jesus is his # 1 priority. John has a beautiful bride of 31 yrs, and 3 other great kids.. 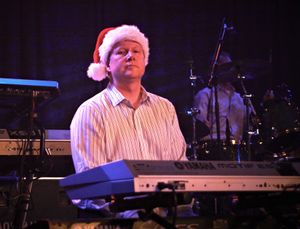 Charles was raised in a Christian home and dedicated his life to Christ when he was 17 years old.

He loves spending time with his beautiful wife and daughter at their church and home in Cary, NC.

Charles loves playing his music for the Lord and is constantly amazed at how our loving and merciful God guides, directs and protects his life.

Mark is the newest addition to Friday's Veil, after losing our prior drummer (Jeff Pearce) to an elbow injury in 2016. We are thankful for the many years Jeff devoted to the band as our drummer. We are also very thankful and blessed to have Mark on board full time in 2017 - after filling in for several gigs in 2016, as Jeff tried to rehab his elbow back into shape.

Mark comes to us from Nashville, TN where he was a drummer for both a local touring band, and has also sat in on several recording studio sessions. Mark now resides in the Raleigh area with his wife and two daughters. Mark and his family attend Triangle Community Church, where he also plays drums for the praise team band. 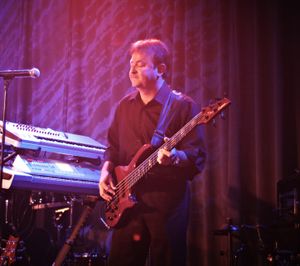 Clint grew up in Durham North Carolina. He attended the same Baptist church from childhood until he was married.

A personal traumatic event in 1991 brought Clint to re-dedicate his life to the Lord.

He is one of the original founding members of Friday's Veil music ministry. Clint now attends Springs of Life Bible Church in Durham, where he is plays Bass guitar on the praise team.


He is open to where the Lord wants lead him in ministry. He is married with two daughters. 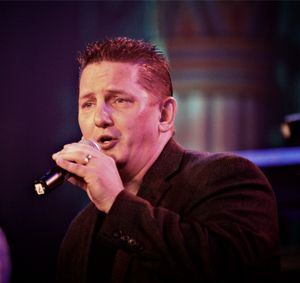 Bill is a formally trained vocalist, actor and dancer who has been performing since early childhood. His involvement in multiple vocal groups & theatrical productions allowed him to participate in: TV specials, commercials, studio / CD recording sessions, and many mainstream "secular" venues and stages from New York to Las Vegas, Nevada.

He grew up in a Christian home in W-NY, but lost his way after losing his father to cancer shortly after graduating from high school. However, an awesome woman (now his wife of 24 years), an employer who cared enough to invite him to a bible study, and a loving God who never left his side all guided him back to the right and narrow path of a life devoted to serving Christ .

Since fully re-dedicating his life to Christ at a Promise Keepers conference in St. Petersburg, Florida's Thunder Dome on August 5, 1995 with 50,000 other men who were seeking to be better husbands, fathers, mentors, and leaders within their communities.. Bill has been focused on using his God-given talents in singing, acting, dancing, conducting & directing for sharing the hope, peace and joy that comes from placing our trust in and having a relationship with Jesus Christ.

Bill currently attends Triangle Community Church in Apex, North Carolina where he lives with his lovely wife and four sons. 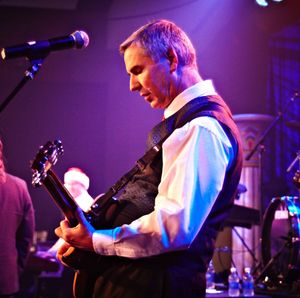 Brad has been playing the guitar for 35 years. Originally from Fayetteville, NC - he decided to take up the guitar after attending a concert at his Junior High School. He later played in his High School Jazz band during the school's basketball games.

At the age of seventeen he began playing in clubs - performing country, rock, beach music and even disco. He also played in a night club act.

Brad likes all types of music, but his favorite music...anything that praises God. He began playing in 'Christ's band' fifteen years ago.

Brad currently lives in the Raleigh area with his lovely wife & family (he has a son & daughter). He plays on the worship & praise team at Anthem Church in Angier, NC.

After some convincing from the band, especially her husband Mark (our drummer), Kim joined the band full time in 2018 as our newest female vocalist - and has key to expanding our harmonies. Kim resides in the Raleigh area with  her husband Mark and two beautiful daughters (Brooke and Danielle.